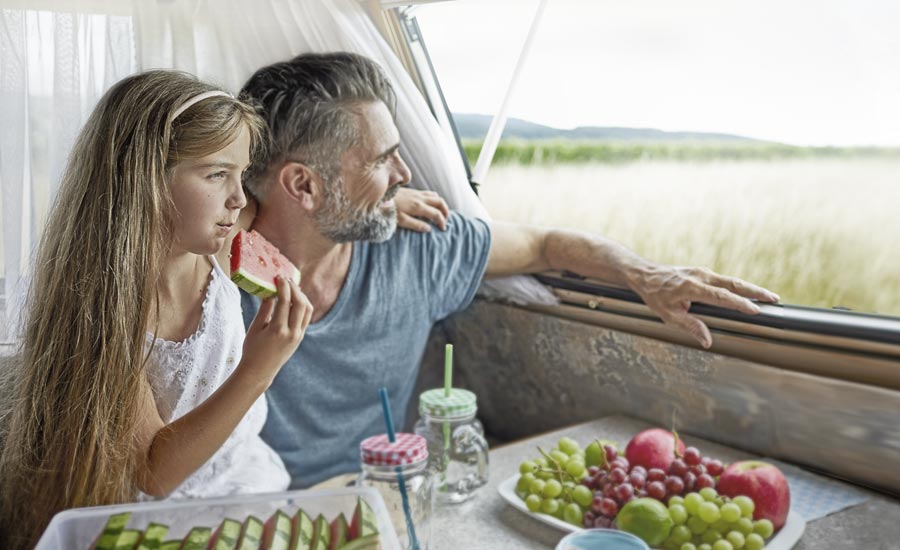 Get a fuller picture of microbiome, diet, and energy metabolism

Short- and medium-chain fatty acids in health and disease

Short-chain fatty acids (SCFAs) and medium-chain fatty acids (MCFAs) are well-established as important diet-based energy sources. In recent years, their role as signaling molecules involved in the regulation of carbohydrate and lipid metabolism has been revealed in a growing number of studies (reviewed by Schönfeld and Wojtczak 2016). Genetic defects in the metabolism of both SCFAs and MCFAs can result in inborn errors of metabolism. Persistent aberrations in SCFA and MCFA concentrations, such as those caused by a western-style diet, may lead to inflammation and insulin resistance, eventually resulting in disorders including diabetes, neurodegenerative diseases, and cancer. Could the combined analysis of SCFAs and MCFAs offer fresh insights into diet-microbiome-host interactions, energy homeostasis, and health status?

In mammals, SCFAs are primarily generated by the gut microbiome through fermentation of dietary fibers. Dietary proteins and peptides can also be a source of SCFAs. The branched-chain amino acids valine, leucine, and isoleucine can be metabolized by intestinal bacteria to branched-chain fatty acids (BCFAs) like isobutyric acid and isovaleric acid. These BCFAs are crucial mediators of the gut-brain axis, modulating the release of the neurotransmitter serotonin by specialized cells in the gut epithelium. The most abundant SCFAs – acetic acid, propionic acid, and butyric acid – perform tissue-specific regulatory functions and are central mediators of the gut-immune axis.
In general, SCFAs boost immunity and promote metabolic health via the following mechanisms:

MCFAs, such as caprylic acid and lauric acid, derive mainly from dietary medium-chain triglycerides, as found in dairy milk or palm kernel oil. Circulating free MCFAs are not only energy fuels and precursors of ketone bodies, but they also act as tissue-specific metabolic signaling molecules involved in the regulation of inflammatory processes and insulin sensitivity. This occurs through the following mechanisms:
– Interaction with cell membrane G-protein coupled receptors (GPCRs)
– Binding to the nuclear receptor peroxisome proliferator-activated receptor gamma (PPARγ)
– Interaction with the cytosolic second messenger adenosine monophosphate (AMP)
MCFAs may have beneficial effects on glucose and lipid metabolism, and have been shown to have ameliorating effects on metabolic and neurological disorders in clinical trials (reviewed by Huang et al. 2021).

In metabolomic studies, pre-analytical factors play a fundamental role. The concentration of a metabolite measured in a sample may be affected by when and how a sample is collected, processed, and stored.
When using fecal samples, the site from where an aliquot is drawn already makes a difference. Fecal samples are highly inhomogeneous, so pooling aliquots from different sites instead of a single spot can minimize the variance in SCFA and MCFA concentrations. A multi-spot sampling approach is highly recommended to compensate for intra-sample variations and obtain reliable and comparable data.
For serum and plasma samples, storage time and temperature can affect the stability of certain SCFAs and MCFAs. Interestingly, SCFA concentrations often increase with time and temperature, probably due to continuous degradation of other metabolites. This means that blood-based samples should be collected within a relatively short timeframe and stored as soon as possible at -80°C to ensure stability before analysis.
Overall, it is essential to collect and treat the samples used in a study for the analysis of SCFAs and MCFAs as consistently as possible. Find more detailed information on how to handle fecal, serum, and plasma samples for the analysis of SCFAs and MCFAs in the Application note 35045-SCFA+ assay (v1-2021).

If you are interested in measuring SCFAs or MCFAs, have a look at the SCFA+ assay. This will allow you to get a fuller picture of diet-microbiome-host interactions, energy homeostasis, and health status.