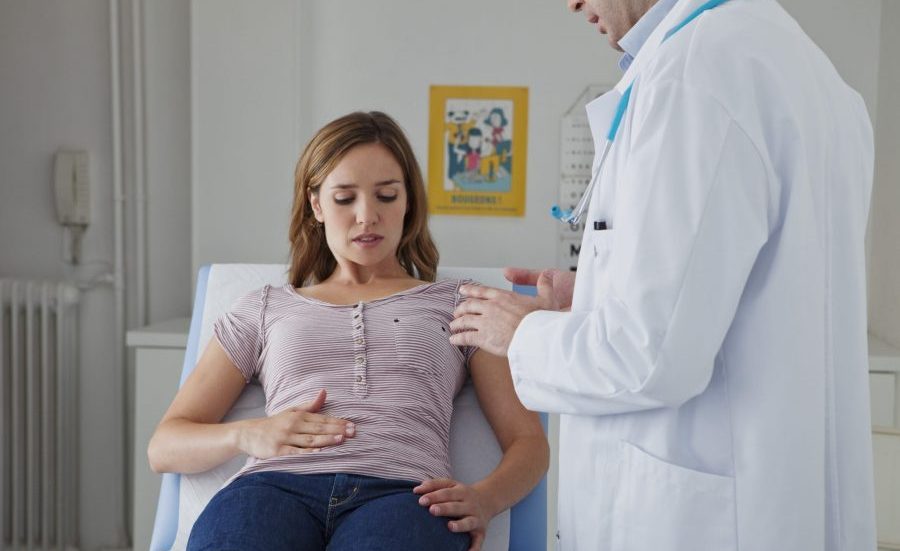 Patients with Crohn’s Disease (CD) often suffer from liver steatosis, but what connects the two is not completely understood. For treatments that inhibit Tumor-Necrosis-Factor (TNF), which are effective for CD, there is no obvious mode of action for anti-TNF α therapy to improve liver function. Pharmaceuticals can have effects beyond their immediate target, and in anti-TNF α therapy, a potentially positive effect on fatty liver pathology has previously been reported.

Lars Bechmann, Ali Canbay and colleagues from Ruhr-University Bochum investigated the interaction between CD, anti-TNF α therapy and hepatic steatosis. Serum and stool metabolomics and lipidomics were used to analyze changes in lipid and metabolomic profiles and correlated with analysis of gut microbiota composition and clinical parameters.

Interestingly, there were no major differences in fecal calprotectin between CD patients and CD patients under therapy. Selected triglycerides were increased in CD patients compared to controls, but not in patients under therapy. In fecal samples, changes in ceramide levels between patients and controls were less pronounced in those receiving anti-TNF α therapy. Besides metabolic changes, alterations were also found in selected gut bacterial phylae. Lower abundance of Firmicutes and Ruminococcaceae were associated with higher levels of triglycerides.

These findings may be explained by interactions between the gut microbiome, bile acid signaling (such as FGF19 and FXR), and lipid homeostasis, providing a potential mechanistic explanation of how anti-TNF α therapy improves steatosis via the gut-liver axis.

This is not the first study to address the metabolic effects of therapeutics in the context of liver disease. In a recent post, we showed how obeticholic acid changes the metabolome in non-alcoholic steatohepatitis .