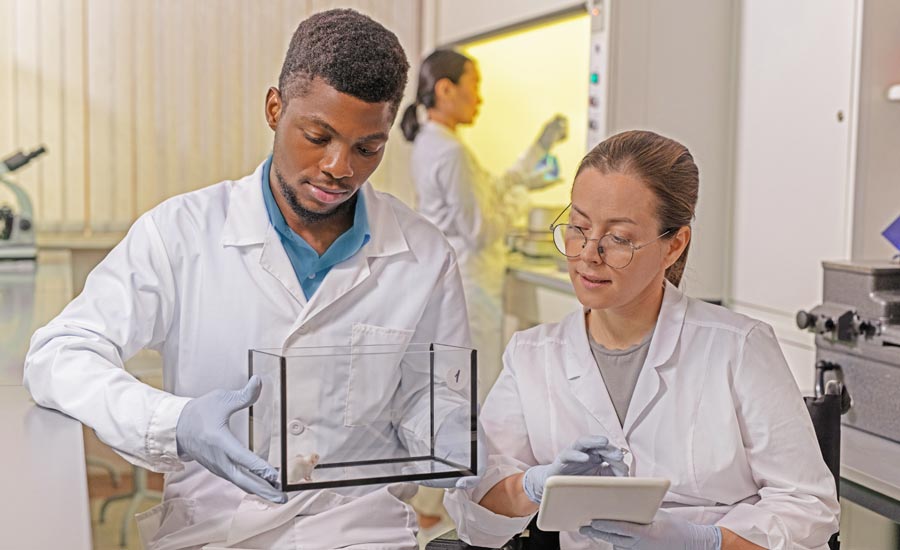 Metabolism of fatty liver disease and the impact of therapy

New study investigates the metabolism of diet-induced obesity, non-alcoholic steatohepatitis and the effect of therapy with obeticholic acid

Metabolomics has one big advantage over other -omics technologies: metabolism is highly conserved throughout evolution, which is hugely helpful for translatability. Although there are a several notable exceptions, most key metabolites found in humans are also found in other higher organisms, including mice, which are the most frequently used animal model for biomedical research. This also facilitates a better understanding of different interventions, so patients can be given the most appropriate, safe and effective treatments.

A new study from researchers in Shanghai and Beijing adds to our knowledge of what happens biochemically in the progression of metabolic liver disease. In a sample of mice with diet-induced obesity (DIO), they used carbon tetrachloride (CCl4) to induce inflammation in the liver (non-alcoholic steatohepatitis, or NASH), resulting in DIO-NASH. The animals were treated with obeticholic acid, a semi-synthetic bile acid and potent FXR receptor agonist, which is being tested as a potential treatment for a variety of diseases in gastroenterology and hepatology.

By profiling serum, liver tissue, and intestinal contents, the study showed progressive metabolic dysregulation with DIO-NASH compared to DIO alone, with the effects most pronounced in the liver. These metabolic profiles correlated with other indicators for liver disease and NAFLD-NASH. The observed changes aligned with findings from clinical and epidemiological studies.

Most altered metabolites in liver were found to be intermediates of lipid metabolism. There were also some changes in amino acids and amino acid metabolites. Tyrosine and tryptophan showed significant increases with increased disease severity. Although not specifically mentioned in the paper, this may result in a reduced ratio of branched-chain amino acids to aromatic amino acids, which would be in line with expectations as reduced ratios have previously been associated with reduced liver function and increased severity of liver disease. Finally, it was shown that the patterns of several metabolites were altered only by DIO or the induction of NASH, suggesting different pathophysiological processes at play.

The effects of obeticholic acid assessed in the liver showed a reversal of many metabolic changes induced by CCl4. Consequently, the liver metabolome of mice treated with obeticholic acid clustered with the metabolic profiles observed in DIO mice. It would be interesting to see the impact of DIO and DIO-NASH, as well as therapy, on the level of endogenous bile acids. Future studies might also investigate the effect of obeticholic acid on the serum metabolome.

Want to learn more about metabolomics in obesity, cardiometabolic and liver diseases? Check out these articles:
Defining the biochemistry of obesity
Microbiome instability and host metabolic dysfunctions