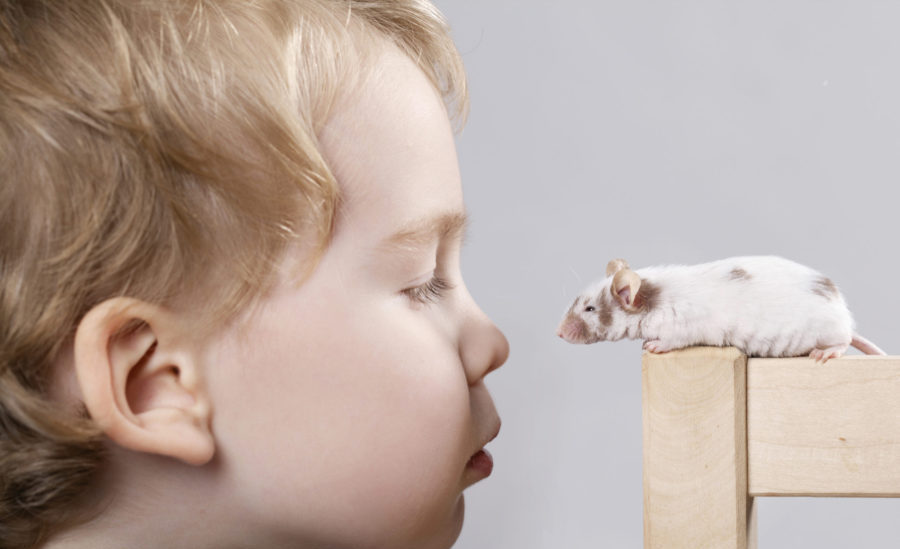 Giardia lamblia is an enteropathogenic protozoan that causes acute diarrhea in adults. It is one of the most common causes of diarrheal disease and accounts for about 280 million cases per year worldwide. In adults, the disease is usually self-limiting. In young children however, G. lamblia can cause chronic disease, reduced weight gain and reduced height-for-age (linear growth).

A new study by Dr. Ambre Riba and colleagues established a mouse model to study the effects of G. lamblia on bile acid physiology, in hope to understand more about the underlying metabolism behind this infection.

Neonatal mice exposed to G. lamblia developed a persistent infection, without the diarrhea commonly associated with acute G. lamblia infection. When 3-day-old mice were infected, this infection lasted into adulthood and was associated with reduced linear growth and reduced body weight gain (as is common in human children). By contrast, mice exposed to the parasite in adulthood were resistant to the infection. This suggested that the parasite manipulated the host during the post-natal period.

The team found that the G. lamblia population was highest in the proximal small intestine, which was similar to the situation in humans. This mouse model also demonstrated that chronic G. lamblia infection was associated with altered microbial composition.

Metabolomics analysis revealed that bile acid secretion was induced by G. lamblia infection and that bile acids are important growth factors for the parasite. The infection also caused an increase in bile acid deconjugation, probably as a result of altered microbiota composition.

The neonatal mouse model established in this study successfully mimics the infection model of G. lamblia in human infants. The study is a good example of how the gut microbiome can interact with the host metabolome to affect host metabolism.