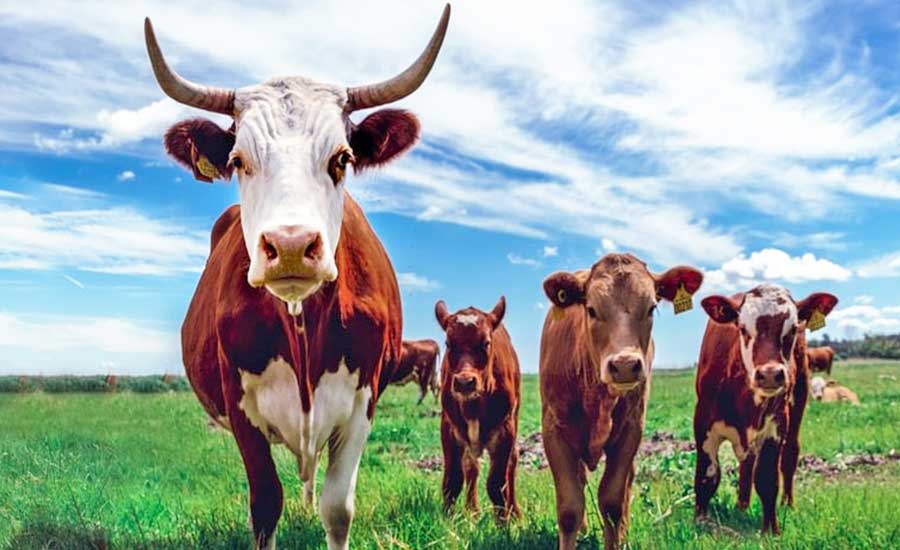 Biogenic amines are nitrogenous metabolites related to amino acids with a broad range of physiological actions and diagnostic applications. Creatinine, a by-product of muscle metabolism, is perhaps the most famous biogenic amine and has been used for decades to monitor kidney function in the clinics.

In this study, Ghaffari and colleagues used targeted metabolomics to study animal health. They quantified 21 biogenic amines over a 19-week period in 2 groups of pregnant cows fed either a high- or low-energy diet prior to giving birth. This study design allowed to not only compare the metabolism of two groups with different adiposity levels, but also to follow temporal changes in each group around the time of birth. Metabolite levels were changed during the weeks leading to and following birth in both groups. In addition, the influence of the diet was clearly observed in serum with significant differences in creatinine, carnosine, putrescine, alpha-aminoadipic acid, hydroxyproline, and asymmetric dimethylarginine (ADMA) levels. The effect in muscle tissue was milder, with a notably lower amount of phenylethylamine (PEA) in cows fed the high-energy diet.

Beyond absolute concentrations, the authors also took advantage of the power of metabolite ratios, revealing interesting findings. In serum, the kynurenine/tryptophan ratio was higher in the more adipose cows after giving birth. While little is known on the relevance of this ratio to animal health, elevated kynurenine and kynurenine/tryptophan ratio in the blood have been associated with obesity-linked inflammation in humans.

If you want to know more about the use of metabolite sums and ratios in modern biomedicine, check out MetaboINDICATOR™, the new software tool for improved metabolomics data analysis and interpretation.