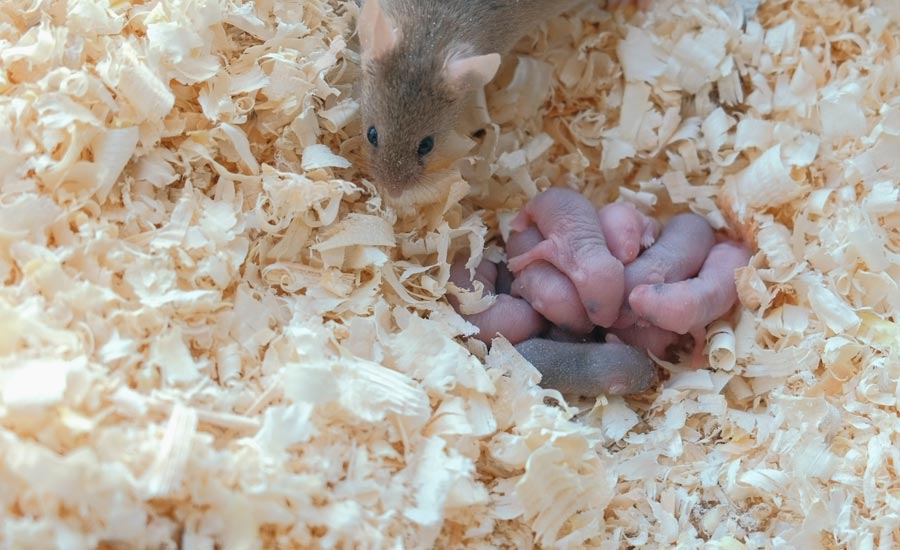 It is well known that microorganisms in the gut are involved in the digestion of our foods. The formation of the gut microbiota and the external factors governing its maturation are two of the hottest topics in microbiome research. In the article, the authors look at the maturation of mice gut microbiota from postnatal to adulthood and the role bile acids play in its development. Bile acids have been shown to have profound influence on gut microbial populations in adult mice and humans but their role in early gut microbiome maturation is not well studied.

A significant observation noticed by the authors is the major metabolic shift that takes place during weaning. Looking at liver gene expression using RT-PCR, the authors observed a major increase towards bile acid production. Such effect was found to be independent of the microbiota signaling to the host as the shift also takes place in germ-free animals.

Due to this shift, bacterial bile salt hydrolase (BSH) gene expression rises steadily in response to liver bile availability. The gut microbiome shifts towards species carrying this gene. While the ratio of primary to secondary bile acid concentrations stabilizes about 21 days after birth (from a high primary/secondary bile acid ratio at birth lowering with time). The extent of the contribution of the single bile acid species on the different bacterial taxa remained elusive. The authors intervened by orally administering, bile acids at a stage (day 7), when the natural shift towards bile acid production has not occurred yet. By externally administrated TCA (taurine-conjugated cholic acid) and βTMCA (taurine-conjugated β-muricholic acid) the global microbiota composition shifted in the intestine towards a more adultlike microbiota composition. This indicates that the onset of bile acid production and its availability does exert an effect on the early forming gut microbiome. In summary, this study shows that bile acids as host factors shape the postnatal intestinal microbiota composition.

Do you want to know more more about metabolomics in the study of microbiome-host interaction? Visit our applications site microbiome.