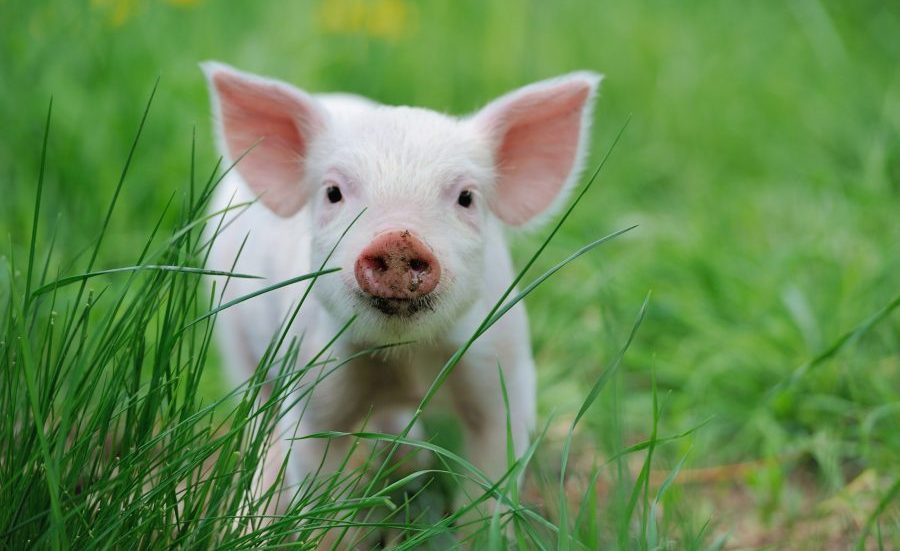 As agricultural productivity has increased in recent decades, so too has the incidence of animal diseases. The financial burden of disease has prompted growing interest in ways to maintain animal health and mitigate the risk of infection. Metabolomics has evolved as a promising biomarker strategy, not least because the evolutionary conservation of metabolism means veterinary researchers can draw hypotheses from related conditions in humans.In swine breeding, diseases in sows and piglets causes massive economic losses.

For example, Pelvic Organ Prolapse (POP) and Porcine Reproductive Respiratory Syndrome (PRRS) each lead to the loss of hundreds of millions of dollars annually in the United States alone. Here, we look at two recent publications which use different metabolomic approaches to investigate these diseases, with a view to finding new ways to treat disease and reduce the economic burden. The first uses a hypothesis-driven approach to investigate POP, and the second uses a hypothesis-generating metabolomics approach for PRRS.

POP occurs when pelvic organs shift away from their normal location. Typically, this occurs around the time of birth, often resulting in the death of the piglets and requiring the sow to be euthanized. The cause remains unclear. In a recent study, researchers from Iowa and Nebraska performed total blood-count analysis and investigated the role of inflammation-related protein biomarkers, such as C-reactive protein (CRP) and tumor necrosis factor alpha (TNF-alpha), and steroid hormone profiles in sows with a presumed low, medium or high risk for POP.

While complete blood count and inflammatory markers revealed mostly small to moderate changes, there was a 25.8% increase in Lipopolysaccharide-binding protein (LBP) in high-risk sows compared to low-risk sows. The statistically strongest differences (P ≤ 0.02) were observed for steroid hormones such as androgens and estrogens. While the exact biological relevance for steroid hormones in POP could not fully be elucidated in this paper, the relationship between increased hormones and increased LBP suggests a possible involvement of bacterial infection or host-microbial immune interaction. These findings could help identify effective mitigation strategies.

PRRS is caused by a viral infection and can lead to reproductive failure in sows, weak piglets, and severe respiratory disease in weaning pigs. Unlike the hypothesis-driven approach showcased in the POP article, researchers in this experiment employed a broader metabolomics method using the AbsoluteIDQ® p180 kit and nuclear magnetic resonance (NMR) in fetal serum samples. The intention was to develop hypotheses to explain why some piglets escape infection which is fatal in others – even within the same litter.

The infected group did not separate completely from uninfected fetuses in multivariate analysis, which probably reflects the heterogeneity seen in infection outcomes. Finally, fetuses with intrauterine growth restriction (IUGR) appear to be somewhat protected from adverse outcomes. IUGR fetuses differ from normally developing fetuses mainly by the levels of (in part essential) amino acids, as well as selected phosphatidylcholines and lyso-phosphatidylcholines. These differences probably represent a blunted response to infection due to placental inefficiency.

The study reveals mechanisms associated with the susceptibility for and progression of PRRS. It also shows how a targeted approach covering a broad spectrum of metabolites can be used in hypothesis-generating research. This could yield biomarkers and potential targets for improving outcomes, and reduce economic losses associated with health risks in animal breeding.