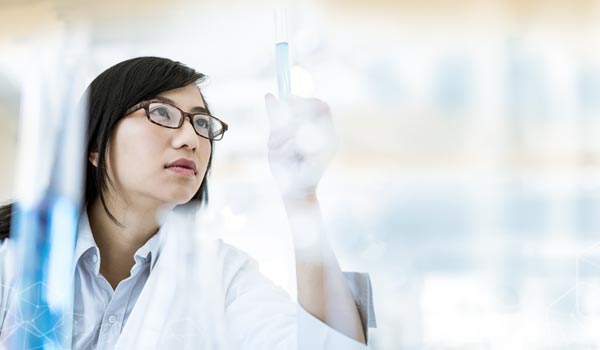 Making the most of metabolomics data

Identifying meaningful results in omic datasets remains a challenge for experts and beginners alike. Whether in the context of systems biology, biomarker discovery, or mechanistic investigations, better tools are required to combine the expertise of biologists and bioinformaticians to extract biological significance from increasingly larger datasets.

biocrates provides MetaboINDICATOR™, a  software tool that calculates sums and ratios of metabolites, termed metabolism indicators, to provide meaningful insights for the analysis and interpretation of targeted metabolomic and lipidomic datasets. MetaboINDICATOR™ is incorporated directly into the MetIDQ™ software from biocrates to easily calculate sums and ratios with high relevance to biological and clinical applications. In precision medicine for instance, the use of robust signatures is essential for metabolomics and lipidomics to become standard tools for diagnosis, treatment prediction, and drug development (Beger et al. 2016). In addition, the use of quantitative data is mandatory to enable the generation of metabolic reference ranges and the future development of cutoff values for clinical applications of metabolomics.

There is increasing evidence for the usefulness of metabolism indicators in the literature. As one example, the spermidine/tryptophan ratio in serum is a better predictor of the response of HER2-positive breast cancer patients to a neoadjuvant therapy than the single metabolites alone (Miolo et al. 2016). There may even be a mechanistic explanation for this predictive potential since elevated spermidine and decreased tryptophan levels have synergistic effects with the therapeutic agents themselves and, consequently, with the response to therapy.

The idea to use combinations of metabolite concentrations for improving diagnosis has already been successfully implemented long before the dawn of personalized medicine, such as in newborn screening (NBS). Public health programs around the world screen infants shortly after birth for monogenetic inborn errors of treatable metabolic conditions. NBS tests for more than 10 inborn errors of metabolism in dried blood spots (DBS) based on multiplexed mass spectrometry-based analysis of amino acids, acylcarnitines (ACs), and steroid hormones. With the diagnosis of phenylketonuria (PKU) dating back to the 1960s, today, it includes the phenylalanine/tyrosine ratio as a proxy of the activity of the hepatic enzyme phenylalanine hydroxylase (van Wegberg et al. 2017). For the diagnosis of medium-chain acyl-CoA dehydrogenase (MCAD) deficiency, cutoff levels on individual, circulating ACs are combined with ratios of ACs (Lehotay et al. 2004).

Combining sums and ratios of metabolites can also help to assess hepatic health by analyzing the ratio of branched-chain amino acids (isoleucine, leucine, valine) to aromatic amino acids (phenylalanine, tryptophan, tyrosine) in blood plasma, also known as the Fischer ratio, which has already been described in the 1970s (Fischer et al. 1976). Later research extended the application of the Fischer ratio to other conditions including cardiac events and hepatocellular carcinoma (Hakuno et al. 2015, Ishikawa 2012).

MetaboINDICATOR™: Sums and ratios in a few clicks

MetaboINDICATOR™ comes with more than 230 predefined, biologically meaningful metabolite sums and ratios. The first prerequisite to use these indicators at their full potential is to use quantitative targeted metabolomic and lipidomic data, such as that provided by the MxP® Quant 500 kit from biocrates.Together, the MxP® Quant 500 kit and MetaboINDICATOR™ enable the measurement of more than 860 quantitative metabolic features (630 metabolites and lipids + 232 metabolism indicators). The predefined metabolism indicators are automatically calculated in MetIDQ™ and can improve statistical power of analysis, facilitate biological interpretation, and provide links to biochemical pathways (Figure 1). MetaboINDICATOR™ also offers the possibility to expand the list of metabolism indicators and create custom-defined sums and ratios that can be calculated alongside the starting set. To further support users in their data interpretation, every metabolism indicator comes with the corresponding mathematical formula, a detailed description, and related scientific literature references.

Metabolism indicators in the literature

As part of the mammalian gut microbiota, commensal bacteria residing in the intestine convert primary bile acids into secondary bile acids. In case of microbial imbalance, or dysbiosis, owing to various factors such as diet, drug intake, or disease, the ratio of secondary to primary bile acids may be altered (Figure 2a). For instance, an increased ratio of deoxycholic acid/cholic acid (DCA/CA) in human serum and brain tissue is strongly associated with cognitive decline and Alzheimer’s disease progression indicating a role for the gut-liver-brain axis in the pathogenesis of dementia (MahmoudianDehkordi et al. 2019).

The enzyme phospholipase A2 (PLA2) hydrolyzes phosphatidylcholines (PCs) into lysophosphatidylcholines (LPCs) and fatty acids. These fatty acids, e.g. arachidonic acid, may serve as precursors for lipid-derived signaling molecules such as prostaglandins, which are known to contribute to inflammatory conditions. Hence, an elevated ratio of total LPCs to total PCs is a proxy of enhanced PLA2 activity, which might reflect a state of inflammation (Figure 2b).

The ratio has been described to be significantly higher in serum from patients with osteoarthritis than from healthy controls and to predict response to anti-inflammatory treatment (Zhai et al. 2019).

The enzyme indoleamine 2,3-dioxygenase (IDO) catalyzes the first and rate-limiting step of tryptophan catabolism. IDO is also known to be an important immune modulator that can enable tumor cells to evade control by the immune system, making this enzyme a potent target for cancer therapies (Uyttenhove et al. 2003). Within metabolomic datasets, IDO activity can be estimated by calculation of the kynurenine/tryptophan ratio.

Figure 1: Key benefits of MetaboINDICATOR™: The software tool enables the calculation of metabolite sums and rations for a comprehensive analysis and interpretation of metabolomics and lipidomics data.

Figure 2. Examples of metabolism indicators applied in human serum. A) An altered ratio of secondary to primary bile acids in serum can reflect an imbalance of the gut microbiota, or dysbiosis, associated with numerous conditions. An elevated DCA/CA ratio has been associated with Alzheimer’s disease. B) An increased ratio of total LPCs to total PCs in serum can reflect enhanced PLA2 activity and has been associated with inflammatory conditions like osteoarthritis. Abbreviations: CA: cholic acid, DCA: deoxycholic acid, PLA2: phospholipase A2.

This article was first published in the February 2020 edition of MetaboNEWS. You can subscribe to this monthy newsletter free of charge.